North San Juan, CA — Former democratic presidential candidate Bernie Sanders made a visit to Nevada County over the weekend to shore up support for various California environmental efforts. Sanders visited the area to announce his plan for a more environmentally friendly chemtrails program.

“I needed to be here in Nevada County,” Sanders began his speech which was held at the lot behind the Sierra Super Stop, “where so many have voiced concerns about chemtrails.”

“Our government continues to spray artificial chemicals on its own citizens to poison the population and geoengineer the climate,” Sanders said, “we know there are organic, sustainable alternatives that will accomplish the same objectives without damaging the Earth.”

Sanders also proposed Botulinum toxin, the naturally occurring bacterium that leads to the fatal disease botulism, as a poisonous substance that would sicken the population but leave flora and fauna unaffected.

“The soil ruining nano-aluminum coated fiberglass particles have got to go,” Sanders said. “We need a more biodegradable chemtrail future.”

Sanders admitted that some man-made chemicals would be needed to meet the climate manipulation objectives outlined by the New World Order.

“Geoengineering does require some synthetic chemicals,” Sanders said, “but I want to limit those chemicals like they do in France.”

Sanders’s speech failed to draw an audience beyond a handful of confused Sierra Super Stop customers. The lack of turnout led some observers to doubt the legitimacy of the appearance.

“That’s not Bernie Sanders, that’s Dave,” said Sierra Super Stop cashier Margaret Williams. “Last week he gave a version of this speech as Hillary Clinton that was similar but had few specifics.”

Williams added that she was waiting to hear what Dave’s Donald Trump has to say on chemtrails before deciding her vote. 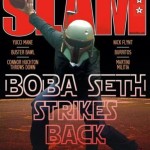